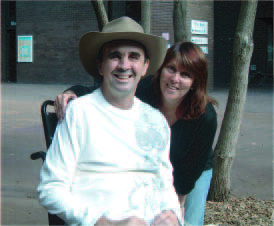 NEVER WALK BEHIND A HORSE…

“Never walk behind a horse or in front of a bull,” that was something I was told several times during my life. I found out about the horse at a riding school when one of the horses I walked behind was spooked and kicked back, his hoof just missing my face by centimetres. I wasn’t so lucky with the bull.

My partner, Kath and I had recently purchased a property, included in the purchase was six head of cattle, five breeding cows and a bull. We were what the locals call “blockies”, we would go to the property every second weekend, do some work around the place, drink way to much alcohol, relax and enjoy the peace and quiet, then we would drive back to suburbia and our jobs. We knew the basics of cattle care, I.E. food goes in one end and whoopsie comes out the other. With the arrival of three calves (Breakfast, Lunch and Dinner, yes we named them) we thought we were up there with Sir Sidney Kidman. A year later and five more calves, the country in drought and the price of feed getting higher, we decided it was time for the cattle to go to market. 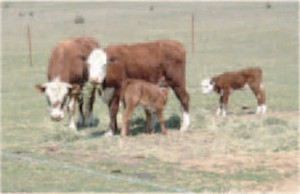 A month before we were going to send them off to market, one of the cows went all wobbly legged, then she laid down and died. Two days before the rest of the mob was to be sent off to market I noticed that the bull was having trouble standing up so I walked up behind him and kicked him up the bum, all the reaction I got was a snort and a dirty look off him. So I walked along a bit further and kicked him in the ribs, this time I got a louder snort and one of the filthiest looks I have ever received off any living thing. Now I had better explain here that the kick’s were not the type you would see at a game of first grade footy, where they are kicking for a win from 40 metres out. No, no, no, they were more like the gentle nudge a nurse would give you to wake you up for your 2 a.m. sleeping pill. I don’t want you good people skitching the R.S.P.C.A. on to me.

Anyway, after giving the bull a gentle tap in the ribs and getting no reaction, I then made the mistake of my life, I walked in front of him and from about 3 metres turned and faced him. Now I’ve seen the look in the eye’s of a pretty girl when she gives into my amorous advances, through to the look on her boyfriend’s face just before he punches me in the nose, but the look on the bulls face was something I’d never seen before. His eyes were glazed over, you could tell he was mad, cranky and just plain pi—d off. I said to myself, Mark, your standing in the wrong place, get out of here now. The next thing I knew I was laying on the ground, clutching at my chest (3 broken ribs) my head laying beside Kathy’s lap and hearing the sound of her crying and wailing about the amount of blood (my scalp was torn open by his stumpy horn’s, thank god they had been cut off earlier in his life.)and worst of all I couldn’t move my legs(damage to c5 & c6 vertebrae)

After a helicopter ride to Orange then a ride in an air ambulance to Sydney followed by a ride in an ambulance to Royal North Shore Hospital, all of which I have no recollection, I woke up in the Intensive Care Unit with a myriad of life saving tubes coming out of every orifice in my body and a few more where the doctor’s made their own little holes. I was in a drug induced coma for about 1 week, then 5 week’s in Intensive Care followed by 2 ½ month’s in the spinal unit at R.N.S.H. and then 7 month’s at the Royal Rehabilitation Centre Sydney, located in Ryde, in a lovely old building called Moorong, an aboriginal word meaning ; place to camp or rest ;. Whilst there I had plenty of time to think about what possible sort of life could a 52 year old quadriplegic possibly have. I went through a range of emotion’s, from denial to self pity to suicide, emotions that I will no doubt carry to the grave. 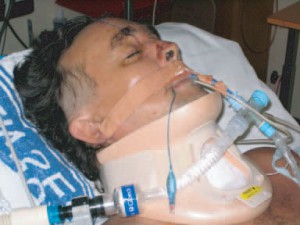 Now, as an incomplete quadriplegic, which to put it simply, means I have no use of my leg’s and limited use of my hands but fairly good use of my arm’s, I need assistance to get in and out of bed, assistance with my bowel care, which means someone has to stick an enema up me bum and then come back later after I’ve had a ‘result’ to wipe me bum for me. Then it’s off to the shower for an assisted wash followed by an assisted drying, and then back to the bedroom for an assisted dressing then to getting into my wheelchair with, you guessed it, assistance. However, the hardest things for me to do are, firstly, accept the fact that I do need assistance and, secondly, to ask for assistance, even with the holiest of holies, having a beer.

I suppose by now you are starting to think, here we go, another woe, alas, alack, why me sob story, where as while I’m still pi—ed that this has happened to me, I consider myself relatively lucky in the greater scale of thing’s. When I look around me, and see what fate has dealt to some of the other ‘client’s’ in this rehab centre, I feel as though I was dealt 4 aces. There are young family men, single men and boys, women, grandparents, rich people, poor people. While spinal cord injury, like so many other afflictions of the human body, doesn’t give a tinker’s curse about who it gets. It’s hard not to feel for some of these people…. 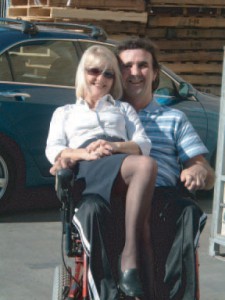 Epilogue I have just been looking at some photo’s of the property and was feeling a bit down, knowing that the property is now sold and the plans we had for our retirement have all gone down the gurgler. However, while Kath and I have lost a lot, in material terms, we have gained so much more, in that family, friend’s and workmates, and even people we don’t know, have banded together to help us through this testing time of our lives and I don’t mean in just a monetary sense, the moral support was and still is priceless. It has shown to both, Kath and myself, that true friendship and ( to quote l’il Johnny Howard ) mateship really shows itself when your down.

P.S. I still read The Land and think about raising cattle.